Hi,
just wanted to drop by to wish everyone happy holidays. And don't stress yourself out too much and also try to relax.

As for Mind over Matter, its isn't ready, yet. I will try to release it at the first or second week of January. Creating everything from scratch takes a bit longer as I thought, but as soon as all the basic stuff is done, the updates will come faster and more regulary again.
Posted by Draga at 12:38 PM No comments:

Some more Bugfixes and information

I just released v1.0b it's just another quick update for Bandits Assault, it fixes some more bugs and adds some other minor stuff.


As for my next Game: It's going great so far, I just have to get some more basic stuff for the engine done before I can start putting any content in it and work on the Intro. So you can expect v0.1 within the next 14 days.
And like promised, you can choose if you want to play as male or female. 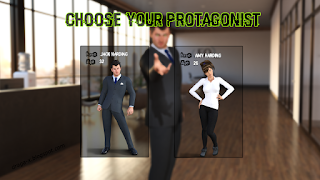